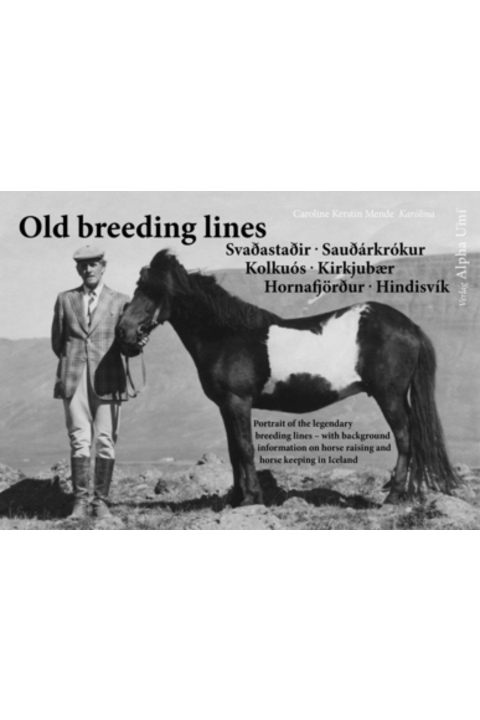 It would not have been possible to settle permanently in Iceland without horses. Today’s population stems almost completely from the mares and stallions that came to Iceland as early as in the 9th and 10th century. The horse was the only means of transport apart from the people’s feet and could be used both for humans and all kinds of loads. Therefore, breeding good riding horses and packhorses already played a role in early days. The classical “line breeding” had its golden period mainly in the first half of the 20th century until the 60ths, 70th. Breeders tried to make the characteristics of outstanding horses fixed traits by aimed inbreeding and selection. Nowadays this kind of line breeding is a thing of the past but the names Svaðastaðir, Hornafjörður or Hindisvík still sound special in the ears of experienced horse people. The same is true for Sauðárkrókur, Kirkjubær or Kolkuós. This book presents these six “big” lines in detail, completed by background information on the interaction between men and horses in Icland. It also looks at the question why line breeding is now a thing of the past. The author Caroline Kerstin Mende (Karólína) lives in North-Western Iceland, the centuries-old „mecca“ of horse breeding, together with her dog, horses and sheep. Her special interest in historical line breeding awoke when she bought her first horse Sóti frá Tóftum, born in 1987, who is not only of clearly visible Sauðárkrókur origin but has got ancestors from Hornafjörður, Hindisvík and Kolkuós, too.

Your cart has been updated